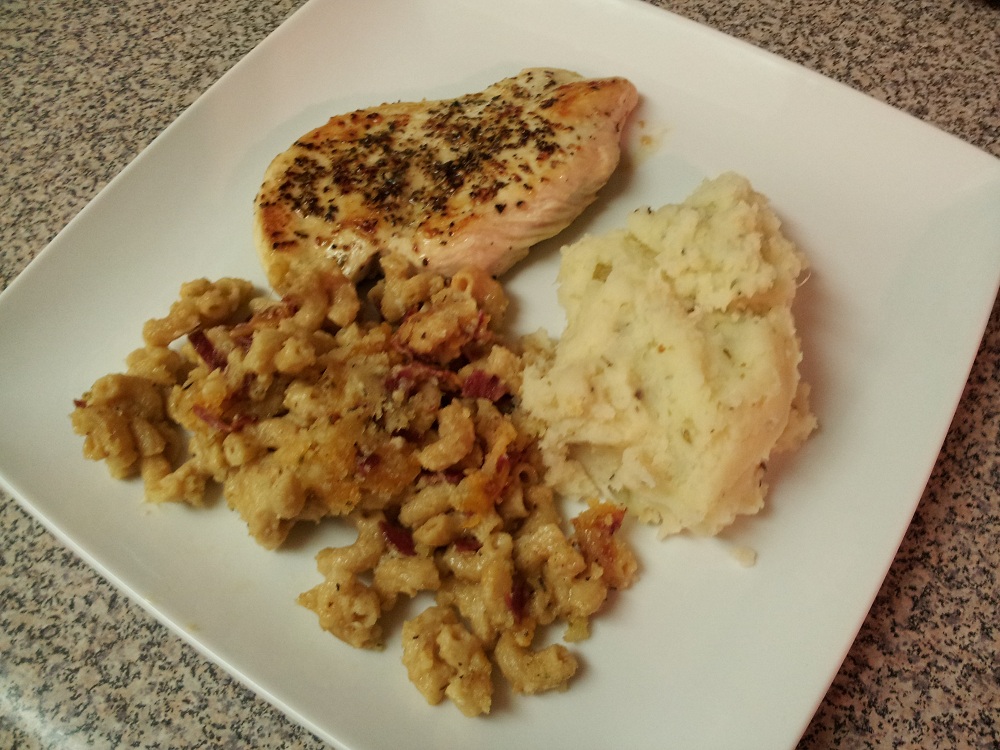 With Thanksgiving right around the corner, I decided to play around with the very traditional Thanksgiving dish of mashed potatoes. I saw some Idaho potatoes in the store while shopping the other day and thought that it would be a fun project to undertake. It also made me realize that the last time I had mashed potatoes was last year’s Thanksgiving!

Like I mentioned above, I grabbed some Idaho potatoes while at the store the other day to make these mashed potatoes. However, I’m pretty sure that you could also use red or Yukon gold potatoes as a substitute. If you want a nice, clean-looking bowl of mashed potatoes, you’ll want to peel the skin off with a potato peeler. If you’re leaving the skin on, make sure that you scrub the outside to remove any excess dirt.

Cut the potatoes down into wedges. The method that I used was to first cut down the potato into disc slices, and then cut those discs into four or six pieces to form the wedges. Bring a pot of water to a boil (see if you can use a deeper pot, as the one I was using was a bit too shallow and the water boiled out a bit at times) and then put your potatoes in there. We want to cook the potatoes down until they are more tender for mashing, but can still hold their shape when poured out into a colander. On my electric stove, the timeframe was right around 25 – 30 minutes.

After the potatoes are finished, strain them out and then put them into a large bowl. Start mashing the potatoes up just a bit before adding in the butter. Start adding in the remainder of the ingredients after that, incrementally adding them in so that you can spread the spices throughout the mashed potatoes evenly. Here is where it is key to continually taste the mashed potatoes after adding things in so that you can adjust to your personal taste.

Since the potatoes were my side dish, I proceeded to cook my piece of chicken breast. But throughout cooking, I was still snacking on the mashed potatoes. I was afraid I wouldn’t have any left by the time I got to plating everything for dinner!