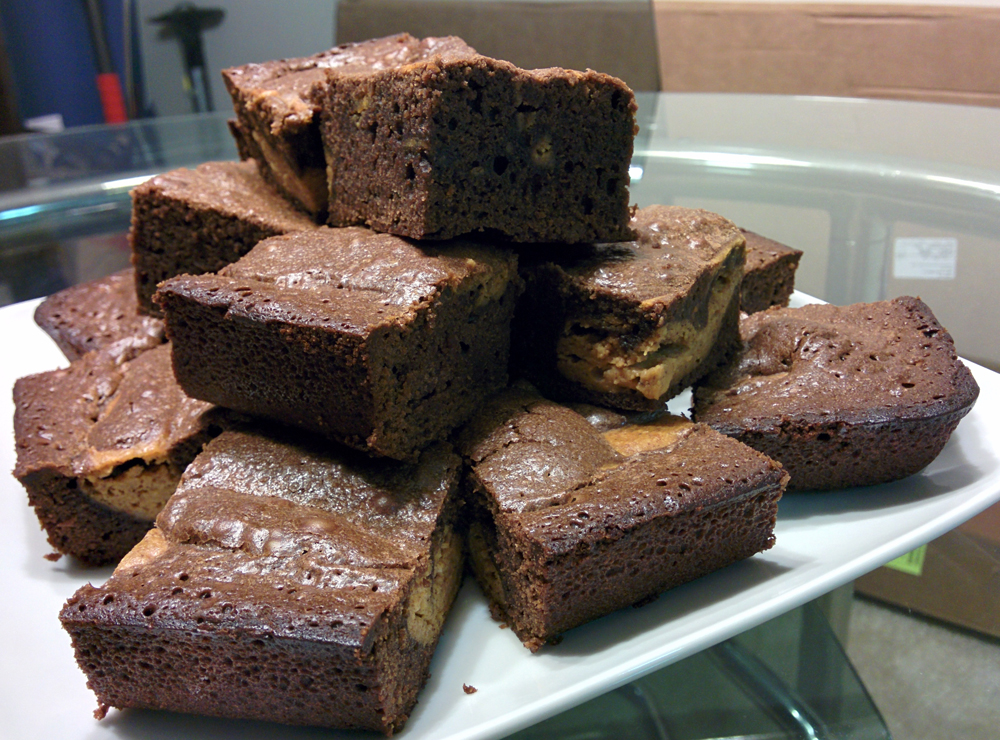 With the rapid arrival of the fall season, I decided that it was time to break out a hit recipe from last year: the pumpkin cheesecake brownies. Mixing together two decadent desserts with a seasonal twist, these brownies provide a nice balance between chocolate and pumpkin flavors (and also save from having to make you choose which dessert to eat).

The brownie block, fresh out of the oven.

All cut up and arranged.

Look at that cheesecake filling!

The brownie itself is definitely more cake-y in nature, but with the cheesecake filling, it balances that out well. As a dessert, these brownies pair very well with coffee (my friend ate one with his pumpkin spice latte and he said it was the perfect fall seasonal moment).