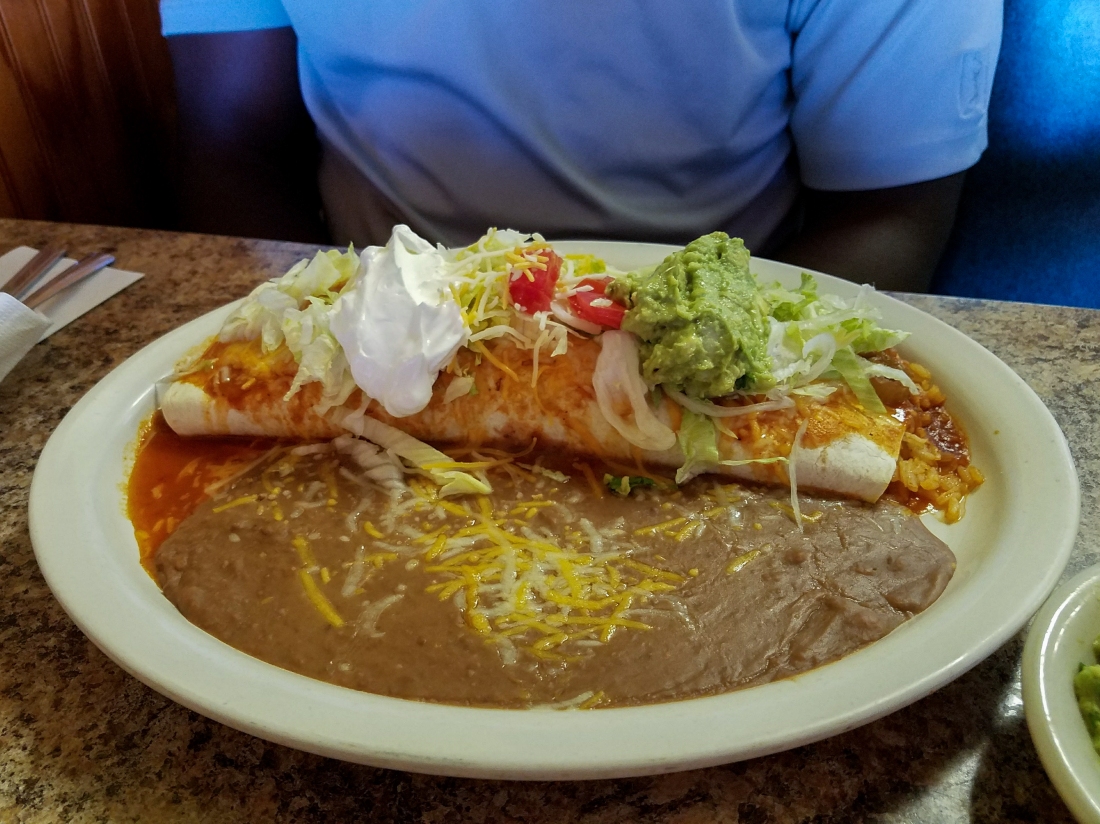 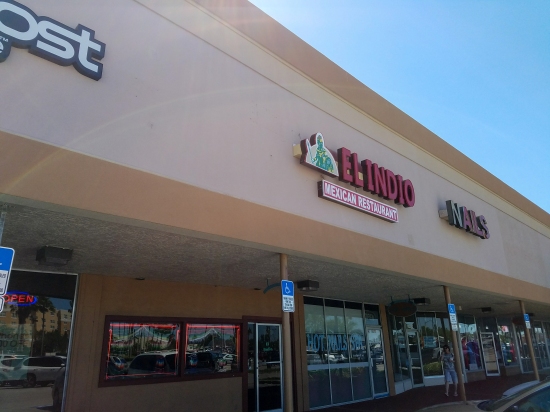 The very first time I had Mexican food, my dad took me and my brother to a place near our house called Juanito’s. It was there that I first experienced the chimichanga, a deep-fried burrito, and that dish served as my “litmus test” for other Mexican restaurants for quite some time. It wasn’t until early last year that my friends Mike and Tina opened my eyes to the magic of carnitas (cooked extra crispy) which then took on the mantle as my new Mexican restaurant test dish.

I’ve moved down here to Florida for roughly four months already, and I was starting to crave some authentic Mexican cooking. Sure, I had hit up the local Chipotle on a bi-weekly basis, but it just wasn’t cutting it, so I took a look around online to see what the local Mexican restaurant scene was like. El Indio popped up as a place that seemed favorable with local diners, and it also wasn’t too far a drive from work. So during one of our lunch breaks, my friend Rich and I decided to take a trip and check the place out.

Located in the Melbourne Shopping Center strip mall, El Indio is tucked away between the Boost Mobile store and a nail salon. The interior of the restaurant is very modest, with only a small number of pictures or ribbons hung up on the walls. Seating is a mix between tables and booths, and the place can probably accommodate around 50 people at the most. A waitress came out front from the kitchen to greet us, motioned for us to sit anywhere, and set down some menus. Rich must have been hungry, because when the waitress came back to ask what we wanted for food, he decided on the Burrito Supremo. It didn’t take me long to find what I was looking to order: a plate of carnitas, cooked extra crispy. Got to keep it consistent with my test dish!

The turnaround from the kitchen was extremely quick. Even though they had given us complimentary tortilla chips and salsa while we were waiting, I’d say our food came out in about 15 minutes or so. The waitress set down our plates of food, and I could already tell that these carnitas were definitely on point. A nice pile of good-sized chunks, the carnitas had the great balance of crispy on the outside but still moist on the inside. The plate also included three tortillas (I went with corn), which gave me an opportunity to build tacos using everything on the plate: carnitas, refried beans, rice, pico de gallo, guacamole, and some salsa verde. Talk about a great combination of savory and spicy flavors. Before I knew it, all the tortillas were gone, but I continued plowing through the rest of the carnitas on the plate, enjoying every bite. I could tell Rich enjoyed his food too, because he ended up finishing that giant burrito and refried beans before I got through my plate!

What started off as a search for Mexican food to fulfill a craving ended up leading to El Indio, and I’m certainly glad that it did. I think “low-key” is an appropriate adjective to use for the place, as the restaurant might not be readily apparent driving by on the roads. Even on the inside, the decorations might be more muted, but the food certainly speaks volumes. It’s packed with flavor and has that authentic home-cooked feel to it that I think just makes it taste better. I’m already salivating just thinking about that plate of carnitas again. 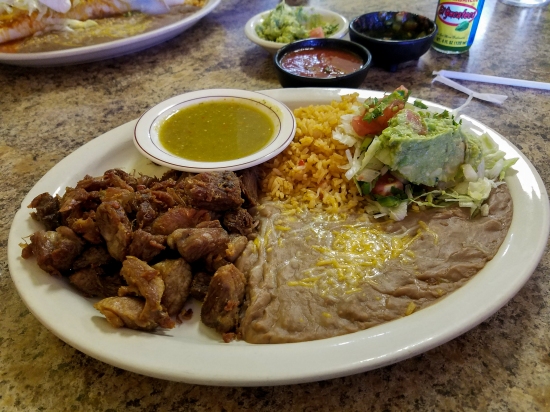 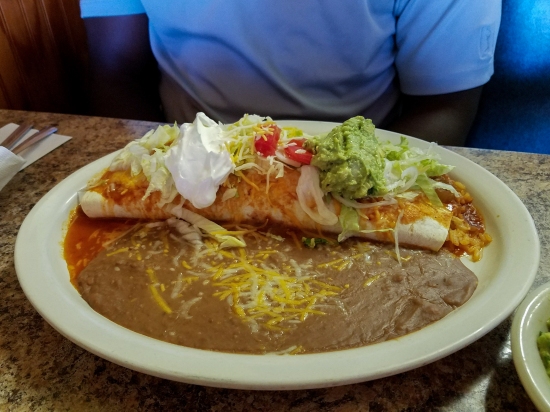 And finally, here are my rankings for El Indio:

Hearty plates of food that have that home-cooked feel certainly make for a satisfying meal. Quite a few options to choose from between burritos, fajitas, enchiladas, or other dishes featuring chicken, pork, or steak.

El Indio prefers to keep the décor more toned down, with nothing really too crazy to make things feel too “busy.” Even with several other tables occupied, it never got too noisy in the dining area.

The kitchen was very expeditious about getting out the plates of food; our hungry selves were certainly not kept waiting for too long. Several waitresses also came back to make sure that we had everything we needed during the meal.

Given the amount of food that each plate comes with, I think the pricing is set at a pretty fair rate. I could probably make two meals out of just one order of food!