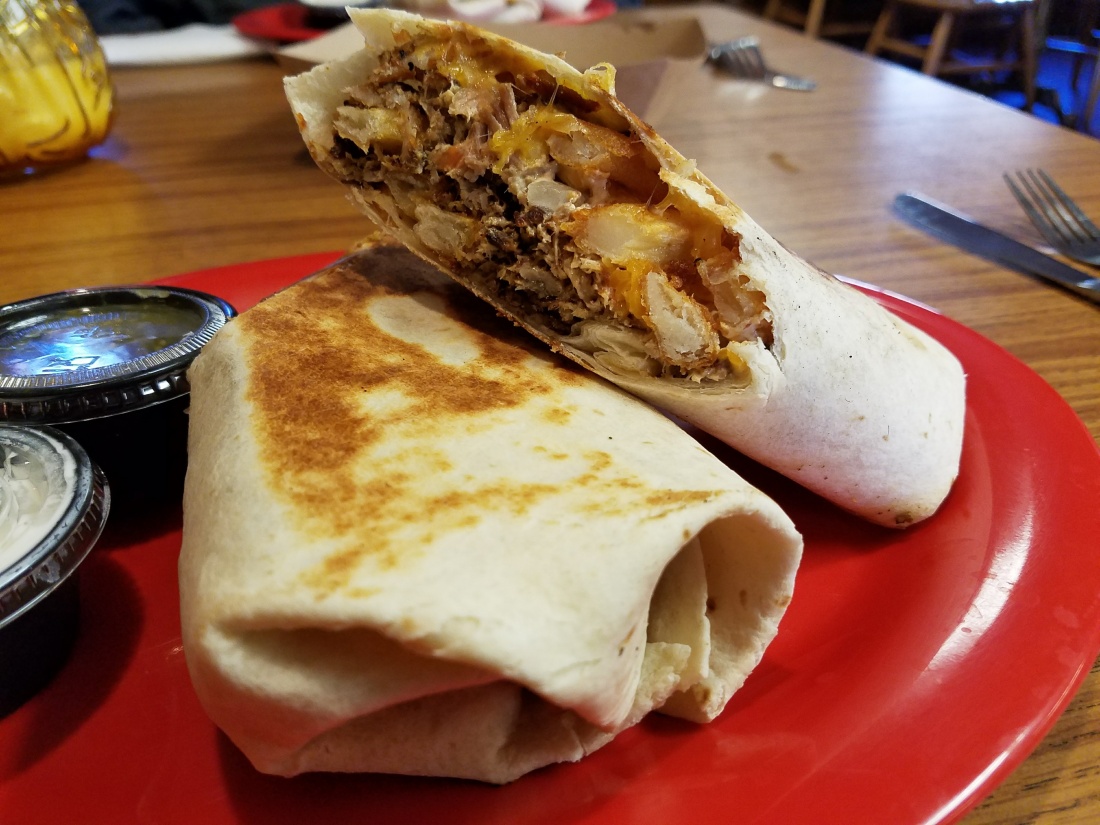 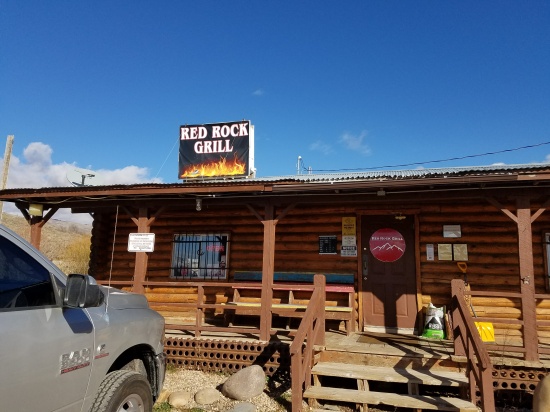 Earlier this month, I got the chance to head back out to the Salt Lake City area to visit my friends Mike and Tina. On a day of driving around the Wasatch mountain range area and exploring Wheat Grass Canyon to take some cool DSLR photos, Mike took me over to a spot that he had stumbled across with Tina while they were also just driving around: The Red Rock Grill. 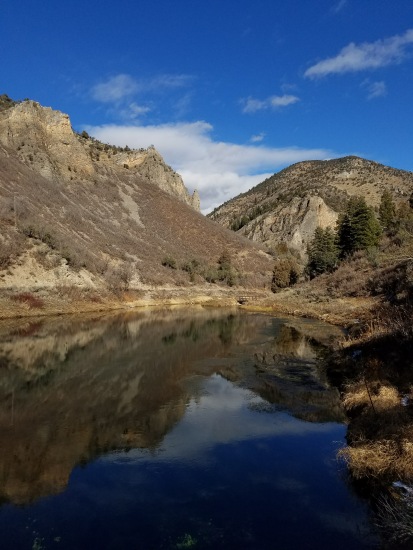 A view we found during our trek into Wheat Grass Canyon.

Situated east of Huntsville right along Highway 39, the restaurant is hard to miss, a log building right at the 3-way junction heading out towards Weber Memorial Park. Inside, wooden dining furniture can seat probably up to 20 – 25 people in the space, with various photos of the Utah scenery and wildlife adorning the walls. Since Mike and I were the only diners there (we got there not too long after they opened), table availability certainly wasn’t an issue!

We were immediately greeted by one of the owners, Rich, as we walked in, who recognized Mike from the last time that he had stopped by. There’s a nice long wooden countertop with a specials board above it, along with the kitchen in the room right behind it. Mike asked about their smoked pork ribs when we were trying to decide what to get, but Rich said that they were temporarily out. Mike had been talking them up in the car ride over, so that was slightly unfortunate. I guess that just saves a reason to visit for the next time I’m out there again.

During a quick scan of the menu for an alternate lunch choice, the burritos caught my attention. When I normally think of a BBQ restaurant, burritos don’t make it onto my list of something to expect. But reading about a flour tortilla stuffed with crispy pork carnitas, fries, cheddar cheese, pico de gallo, and chipotle cream had me sold, so I decided to go for that. We were also feeling a little extra hungry and ordered a plate of the smoked gouda mac & cheese bites as well.

While we were waiting for our food, I took another gander at the photos of the mountain lions hanging up on the wall next to us. Mike had said that those photos were from the hunts that the owners had gone on, where they show a pack of dogs trapping a mountain lion right on the edge of a cliff. Naturally, you would imagine what happened after that.

Rich dropped off the mac & cheese bites not too long after we ordered, and we immediately started digging in. You got the texture of the pasta from each bite, with a flaky outside crust that almost resembled an aftertaste of Cheez-It crackers. Maybe they crushed up some of the crackers to make the breading? The appetizer was served with a cup of Ranch dressing, which made for a nice flavor compliment to the mac & cheese. I’m not sure if I got as much of the smoked gouda flavor, but the bites were still tasty nonetheless.

Even before we had finished up with the mac & cheese bites, Rich was already back around the table with our two burritos, fresh off the flat-top grill. It was definitely a good sized burrito, with the 1/4 lb. of crispy pork carnitas giving it a bit of extra heft. A press on the flat-top grill had given the tortilla on the outside a nice, crisp texture, and flavor-wise everything worked together very well. Add on some of the sour cream and green salsa that came on the side and the burrito was on point.

Chances are that it would be a bit of a trek to this place if you’re out in Ogden, but if you happen to be passing through the area, certainly stop by and give this place a shot. Both Rich and Beth (the other owner) were very hospitable and friendly when we were chatting with them during our visit. The restaurant is only open on Fridays to Sundays; call ahead to also see if they are doing their smoked pork ribs. I didn’t get a chance to sample them during my last visit, but I’ll hit it up the next time I’m around. 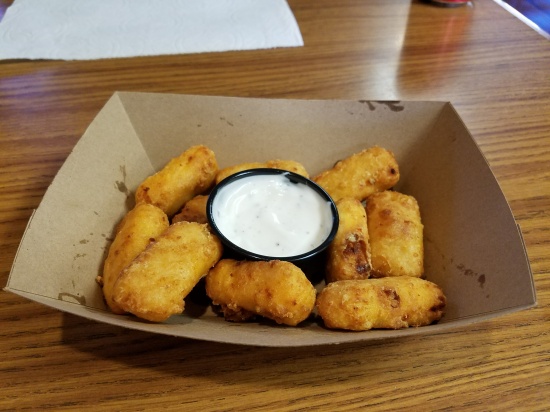 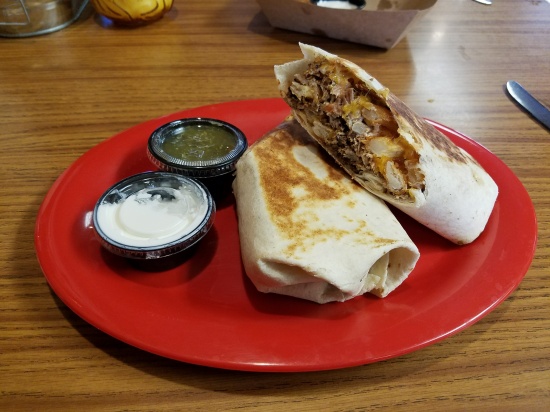 And finally, here are my rankings for Red Rock Grill:

The pork carnitas had a good flavor to them, and the rest of the menu has a nice variety of other sandwiches and burgers to showcase the other meats as well.

The interior was decorated primarily with wood elements, which almost gave the place a bit of a homey feel.

Rich and Beth were both very friendly during our visit and helpful to answer questions about the menu. Food turned out quick from the kitchen, and Rich stopped by to check and see how the meal was.

Despite being in a slightly more rural location, the food prices were not as marked up as I expected them to be.