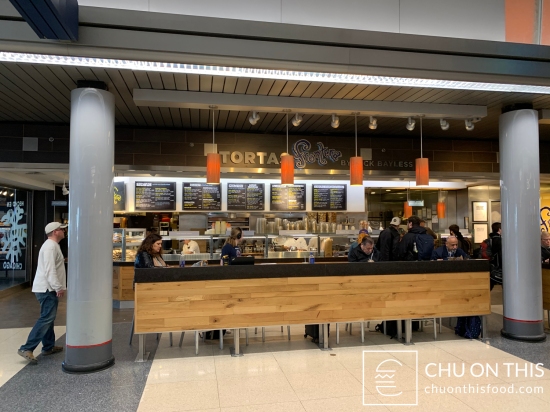 It’s not very often that I’ll say “I’m looking forward to eating airport food.” Most of the time, that might comprise of grabbing a quick bite at a chain like Wendy’s, Qdoba, or maybe even Starbucks. There is one airport, however, that I make an exception to that.

Chicago O’Hare International Airport is home to Tortas Frontera, a fast-casual sandwich concept from chef Rick Bayless. I’ve had the opportunity to eat at the restaurant twice so far: first time when I went to Chicago back in May of last year, and most recently on a business trip flight when I was connecting at O’Hare. I think due to how popular the concept has become, there are actually now locations in three of the four terminals of the airport.

Tortas are a type of sandwich in Mexican cuisine, and chef Rick Bayless, who has several other Mexican restaurants in Chicago as well as one in Florida (Frontera Cocina located in Disney Springs), is a great ambassador to showcase this type of food to a broader audience.

The location that I visited in Terminal 3 this most recent trip appears to be more open and inviting than the location in Terminal 1, which is tucked away inside a storefront space. The spot within the terminal is also prime, since it’s situated right at the convergence point of three different walking paths. The restaurant would be hard to miss if you were going gate-to-gate and wanting to grab a quick bite.

As tempted as I was about getting the cochinita pibil torta (if you’ve read my review on Frontera Cocina, you know how I feel about their cochinita pibil tacos), I decided to branch out and go for the chipotle chicken torta instead. With grilled chicken seasoned with chipotle spices, artisan Jack cheese, roasted poblanos, red onions, black beans, avocado, cilantro crema, and wild arugula leaves, that sandwich was a flavor powerhouse.

In what I can describe as an artful blend between the flavors of savory, smoky, and spicy, that chipotle chicken torta would surprise you with the layers of flavor in each bite. The chipotle spices and roasted poblanos brought a great smoky and earthy element to the sandwich, while the avocado provided that smooth creaminess that blended well with the cilantro crema. The fresh wild arugula leaves help to provide that slight edge of peppery flavor to also contrast with the other items in the sandwich.

Chef Rick Bayless is a big advocate of incorporating the farm-to-table concept in his ingredients. Even right on the menu, there is a section that tells you the various local places that they source their food from. The freshness of the ingredients is clearly evident with every bite I took of the sandwich.

When I’m traveling, I usually look out for the direct flights to my destination. If I’m in a situation where I do have to connect somewhere, however, I’m going to try to find a route going through O’Hare. Tortas Frontera really does a great job of blending together diverse flavor profiles that complement each other, and along with the freshness of ingredients, provides a refreshing change of pace for airport food. Those tortas are definitely something worth flying for. 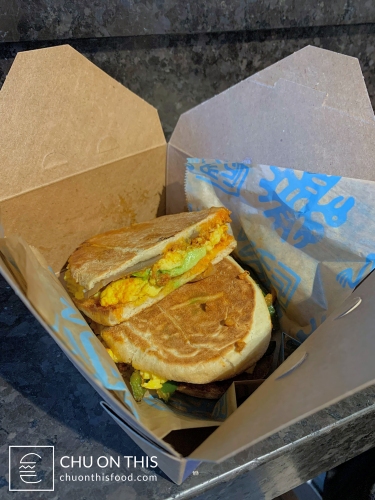 And finally, here are my rankings for Tortas Frontera:

Fresh ingredients and diverse flavor profiles across the various torta options on the menu definitely makes the food a winner. On top of that, I don’t get that “heavy” feeling after eating the food here, which is definitely a plus, especially when you’re getting ready to hop on a flight.

Despite the busy nature of airports, I thought that the bar-top style seating area both in front of the pick-up counter as well as adjacent to the gate waiting area provided a nice space to sit back and enjoy your meal. There’s also an actual bar area if you’re interested in grabbing a margarita to pair with your food.

The turnaround from order placed to food-in-hand, especially at an airport restaurant, needs to be pretty quick. But the restaurant staff at Tortas Frontera delivers, I’d say usually having your food ready for you in typically less than five minutes.

Airport food is naturally going to be a bit on the pricey end. But I find that for the quality of the ingredients that is going into the tortas, and for just how straight up delicious they are, I’m happy to dish out the money for it.