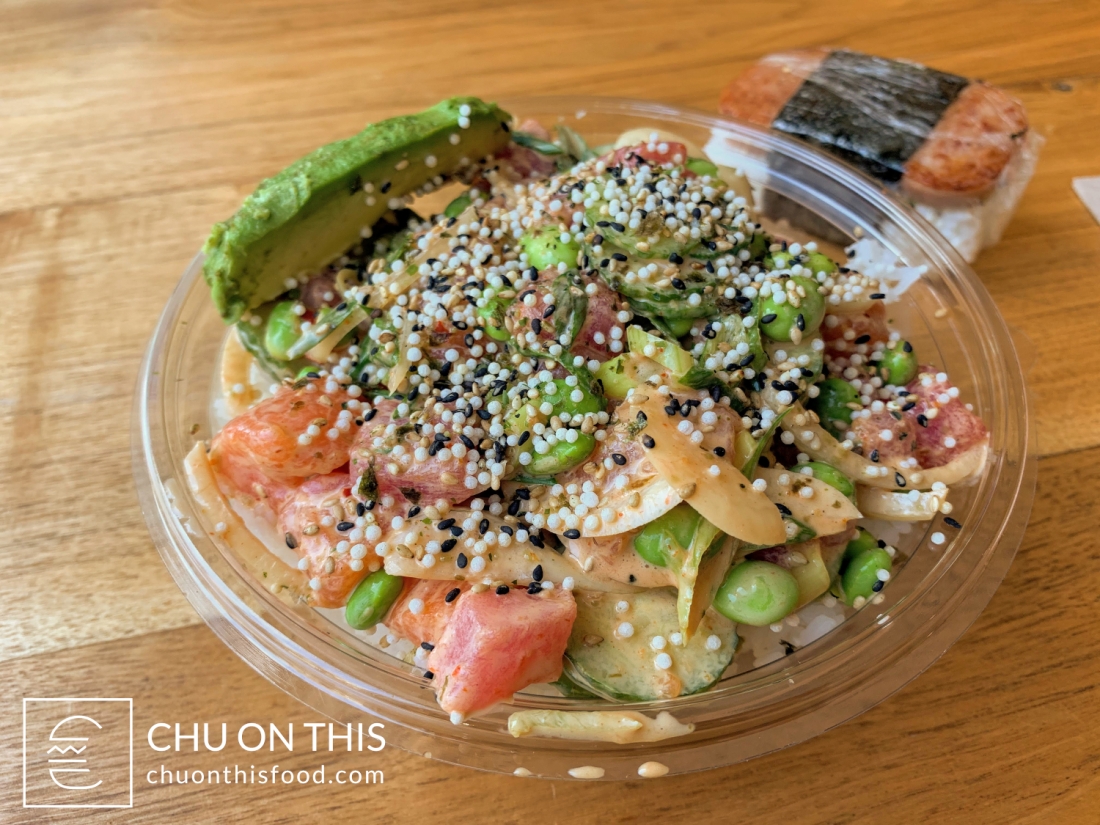 I’ve been following Chef Brooke Williamson since her appearances on the TV series Top Chef, including her win during the Top Chef: Charleston season. As it turns out, I found out about one of her restaurants, Da Kikokiko, through a post on her Instagram page, and had it bookmarked to check out at some point. This past weekend after stepping off a plane in LAX, I was really in the mood for a poke bowl, and I knew just the place only a short ride from the airport.

In all my trips so far out to southern California, this was my first time venturing into Playa Vista. I have to say, I really did enjoy the vibe of the area. It was a nice blend between a suburban neighborhood and laid-back atmosphere of a beachside community. The weather was great, and even though I had to park my car on the street a couple of blocks away from the restaurant, the walk over was certainly pleasant after spending the previous five hours on an airplane.

There are a number of pre-set poke bowl combinations to select from (many of which looked pretty good), but I’ve always been one to carve my own path with the build-your-own poke bowl option. First decision was either going the regular bowl or large bowl, but after just grazing on snack bars during the flight, I knew the large bowl was the way to go. I did white rice as the base for the bowl and went with lomi-lomi salmon and yellowfin tuna for the proteins.

Topping-wise, I got a whole assortment of items (four come with the bowl, with anything after that being an additional charge): scallions, Maui onions, cucumber, edamame, and avocado. All of those items were then tossed in a combination of spicy mayo and lime shoyu sauces before getting layered on top of the rice and finished with furikake seasoning (a mixture of seaweed, black sesame, toasted sesame, and small rice puffs). Of course, Spam has always had a special place in my heart (maybe that’s one reason I’m so drawn to Hawaiian food), so when I saw that Spam musubi was on the menu, I knew that it was too good to pass up.

Because of such an odd time that I stopped into the place (it was around 3:30 p.m.), there really wasn’t a crowd, so my order went straight to the top of the queue. It wasn’t more than two or three minutes before my poke bowl and Spam musubi were ready. The bowl was definitely bright and colorful, enticing me to just dive right in to get started. The single-wrapped portion of Spam musubi was actually still kind of hot when I grabbed it, probably fresh off the flat-top.

I didn’t want the Spam musubi to get cold, so that was the first thing that I dove into. It’s still amazing to me that something with just three core ingredients (Spam, rice, and seaweed) could be so good, but sometimes simplicity is best. For the musubi served at Da Kikokiko, I noticed that they also sprinkled some furikake in between the bed of rice and Spam slice, creating a bit more of a savory taste that I thought was a nice touch.

Then it was on to the main attraction: the heaping poke bowl. I did order the large bowl after all, and it did not disappoint. I was notably impressed with the cut size of the salmon and tuna, definitely not your average cubes I’ve gotten from other poke places. This really made it feel like you were getting your money’s worth with the quantity of fish in the bowl. The freshness from the remaining vegetable toppings was also fantastic, and the amount of the sauce they mixed everything in didn’t make the bowl feel saturated or anything like that. Even though there was a large quantity of items inside the bowl, after finishing the whole thing, I didn’t feel full or heavy at all. Not sure if that was a side effect of the cross-country flight, but nonetheless, it was definitely a very satisfying meal.

It’s probably a good thing that I don’t live close by to the restaurant, because I would probably be making stops in to the place on a regular basis. The variety of ingredients offered, along with the quality and freshness of them, allows you to change up your dining experience on subsequent visits. I’m certainly glad that the opportunity presented itself for me to stop by Playa Vista and give Da Kikokiko a try on the way in for this business trip, and I know that it certainly won’t be the last. 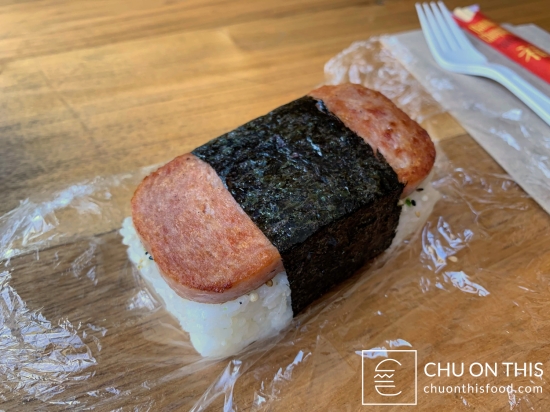 ** Spam Musubi **
Spam slice on top of a bed of rice, with furikake in the middle, all wrapped with nori.

And finally, here are my rankings for Da Kikokiko:

Fresh ingredients with a diverse selection of proteins, toppings, and sauces marry together for some great flavor combinations. Visually, the colors just pop and make the bowl that much more appetizing. Just looking at the poke bowl photo makes me hungry all over again.

It’s definitely a relatively smaller space, with a few long tables and bar-style seating along one of the restaurant’s walls. There’s also two outdoor benches that you can set up at as well if you’re looking to take advantage of the southern California weather. But the décor definitely gives off that beach / ocean vibe, perfect for the setting the restaurant’s in.

Getting the food quickly was definitely no problem, given the time of day. The gentleman working behind the counter was also pretty chill, and helped to answer a few questions I had about the build-your-own poke bowl option.

Pricey? Yes. Worth it? Absolutely. Admittedly, I did get slightly aggressive with the premium toppings, which probably contributed to the overall price of the bowl stacking up a bit. But the large chunks of fish in the bowl and freshness of the ingredients really makes me not think twice about the price.