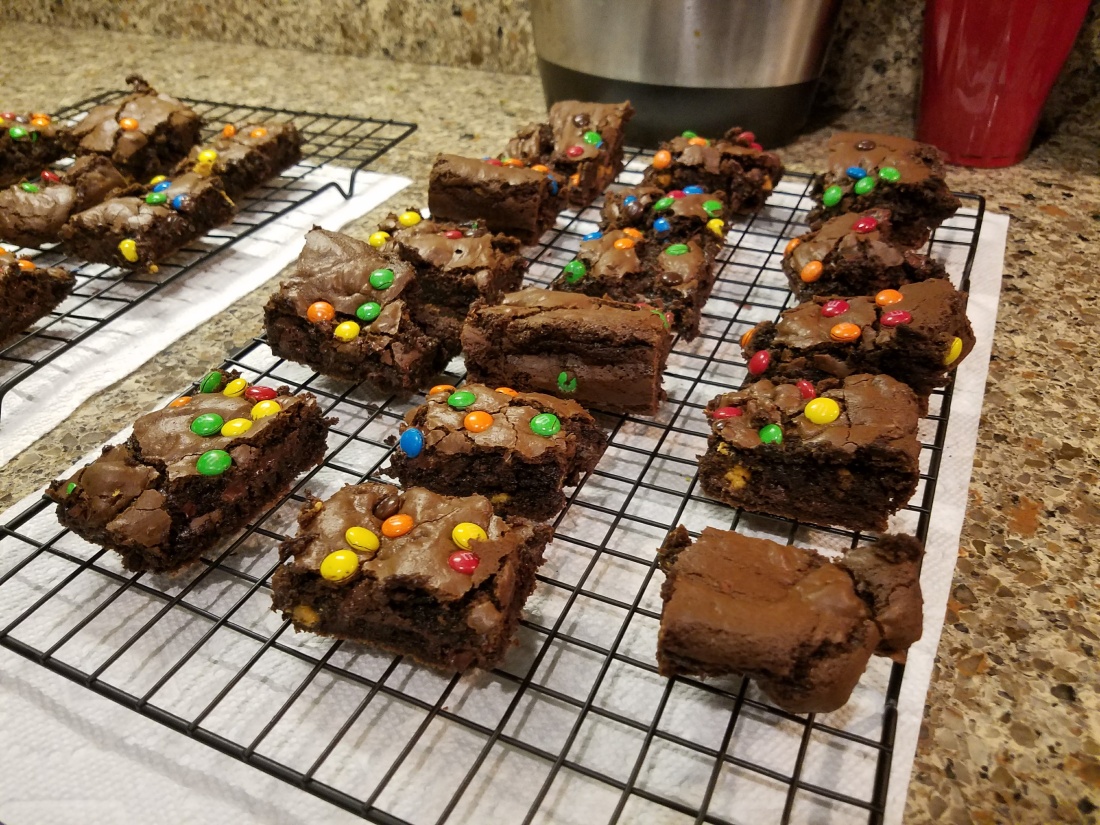 My baking crusade continued, working to try and find more ways to use up the bag of butterscotch chips that I had bought when prepping for the monster cookies that I had made a little while back. I’m not sure if my baking ideas just started to naturally progress towards brownies, since I had already done cookies, cornbread, and a banana bread during that span. It’s also very true that I hadn’t made brownies in quite some time, so I think multiple factors were pulling me in this direction. 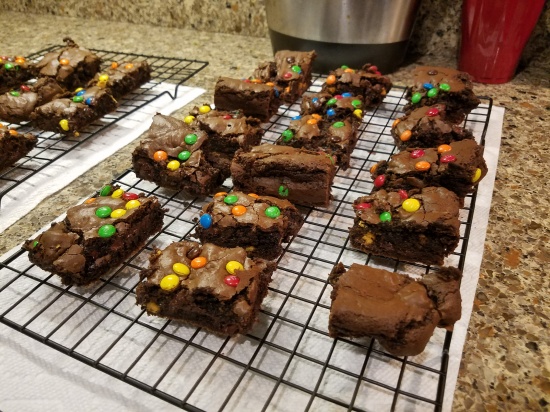 With a nice balance of sweet flavors from the chocolate chips, M&M’s, and butterscotch chips, these decadent brownies will disappear from any storage container before you know it. 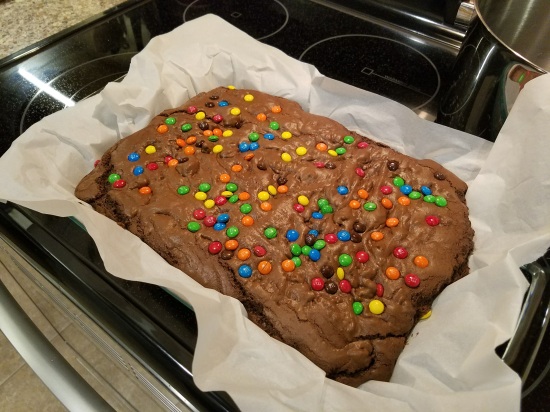 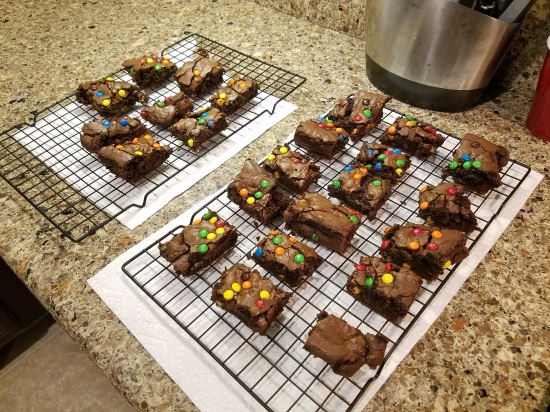 One of the downsides of using the parchment paper method with the casserole dish is that you won’t get those nice, even edges on the outside of the brownie squares. As you can also see from the photos, the final brownie squares might not be as picturesque as those you might buy from the store, but it’s the taste that counts. And these brownies deliver.

With a light, crisp shell on the top and moist, cake-like consistency in the middle, the brownies aren’t overbearingly sweet. It’s a balanced chocolate flavor (between the chocolate chips and M&M’s) with the occasional butterscotch flavor showing up as well. The brownies aren’t too rich either, but two squares was usually enough to tide me over for a little while. Give these brownies a try and I’m sure that your sweet tooth will be sure to thank you.